Talented independent Businesses and Talent we are proud to recommend for your event!
Proevents Event Management & Staging 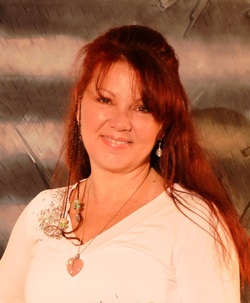 Diana Anderson-Stage Manager
Diana Anderson Stage Manager is comfortable working on both sides of the curtain. Having grown up as an “Army brat”, she trained in dance & sewing in a wide variety of settings. When she was in college &and taking classes with the Tampa Ballet, there were opportunities to start creating costumes for herself &and her modern dance instructor. Since then, she has worn many hats from errand girl up to performer, including costume designer, bridal seamstress, wardrobe tech, production assistant, stage manager, dance instructor, choreographer, set dresser… &and most importantly, mom of 3. For the last 109 yrs, she has been working alongside her husband in his stage labor & concert stage/roof company, working backstage as local support in a variety of capacities for many major touring productions. She also currently teaches belly dance in Harwich & has been theis artistic director & founder of a local belly dance troupe. This is her 2nd time stage managing for a Ruth Condon production, she did costuming and managing for the Burt Bacharach Tribute, “What the World Needs Now”, premiered here at Cotuit last March. 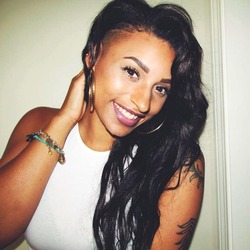 Sarah Pena Makeup Artist
Sarah Pena makeup-hair stylist is originally from Wareham and from the time she was a child she was truly fascinated by her mother’s makeup and its Magic!  Sarah attended Boca Beauty Academy in Boca Raton, Florida, where she studied Cosmetology. Focusing in Makeup Artistry, hair styling, and many other classes she developed her craft and graduated at the top of her class. Sarah then continued working on music videos, print work, formal events and fashion shows in Boston, Ma for several years before moving to Los Angeles, Ca. She has worked on short films, commercials, numerous music videos, photo shoots with multiple talented directors,  artists and productions. She worked on the Burt Bacharach show last year and most recently on the Tony Bennett show in January. Sarah plans to continue studying the art of beauty and use her skills to help create remarkable and memorable showcases, images, and help people to look and feel as amazing as they look!
email Sarah at sarahpenamua@gmail.com or call 774-766-9469

Pamela C Wills-Choreographer & Business/Confidence Coach started as a dancing Head of Lettuce in Peter Rabbit in 4th grade, Pamela has worked at schools and theatres in Germany, Washington DC and SE Mass/Cape Cod for 30+ yrs. At Cotuit, her work includes the Tony Bennett Duets, What the World Needs Now, Cabaret, Jacques Brel, I Love You You’re Perfect and a volunteer flash mob at the CC Mall to promote the Center. Pamela was the first official Choreographer to work at Eventide Arts (A Little Night Music) in Spring 2014 and has consulted on movement for shows at Cotuit, FTG and CC Academy. After The Beat Goes On, she’ll continue collabs with the amazing Ruth Condon Price/Brave Horse Music plus choreograph for Eventide in the fall. An award winner for theatre and choreography at her alma mater, Georgetown University (BA English Lit), Pamela is a radio show host, blogger, online magazine board member and CEO of her own marketing consultancy for artists of all stripes at www.JoinTheCreativeRevolution.com.

Tom Tracy Sound Engineer  has his own recording studio and does sound locally for many music productions including my last two shows, "Anthony Teixeira Sings Tony Bennett Duets with Friends", "The Beat Goes On-A Musical Journey Through the 60's" and the upcoming shows "Love is Blind:Music Inspired by Amy Winehouse". Tom is also a singer-songwriter and performer and was part of the cast of “What The World Needs Now-A Musical Tribute to Burt Bacharach” last March.

Greg Hamm lighting Designer Greg Hamm is a professional lighting designer. Though he designs the lighting for many local productions his main bread-and-butter is concert touring. He has toured all over the world with many major acts and continues to do so. He is pleased to be working with Ruth of Brave Horse Music.

Celia Krefter Wills, Spotlight & Saxophone is a recent grade-skipper and current freshman at Mashpee High School. When she's not running between operating the spotlight in the balcony and playing saxophone in the pit for "The Beat Goes On", Celia is a writer, ballerina and actress. She also ran spotlight for Brave Horse Music's productions of ‘What the World Needs Now-A Musical Tribute To Burt Bacharach” in March & August 2014 and “Anthony Teixeira sings Tony Bennett Duets with friends” in January 2015. She will be manning the lights again In June for "Love is Blind:Music Inspired by Amy Winehouse" & "Pretty World".